Ahead of our street food village at Beavertown Extravaganza this weekend, we’ve put together our TOP 10 beer designs from around the globe (picked out by KERB Bar team Tommy Harpin, Hannah Walton and Comms Dir. Ian Dodds). 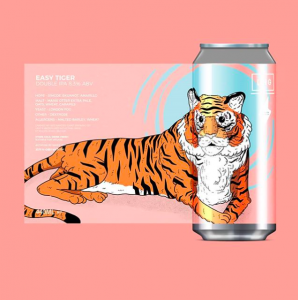 “Brewing modern progressive beers since 2015”.  Bristol-born now London spread – bringing in 8% chocolate and coconut stouts, ‘deeper water salted caramels’ and above, a collab with London brewery  @garagebeerco of8.3% DIPA with simcoe, ekuanot and amarillo. Incredible label illustrations by Yeo, and we love their blog mapping out the rough and tumbles of growing a small business. 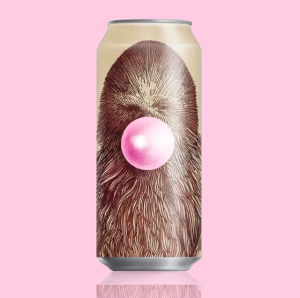 “Art + Brewing” – This Canadian based craft brewery fuses creativity from beer, art and music and feature limited-edition works of art, continually on the prowl for new talent. Above, our favourite, the special by@ericfanillustration for National Star Wars day, Chewy chewing the chewing gum. They’re launching a taproom in New York this month – here’s the New York series they’ll be landing with. 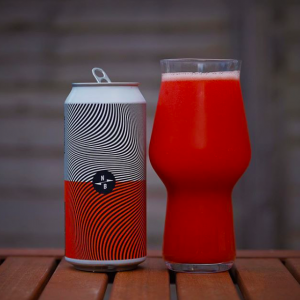 A collab from Falmouth brewery, Verdant (they have a brilliant collaborative taproom with Pressure Drop in Hackney called The Experiment), and Leeds-based North Brewing Co, this ‘Triple Fruited Gose’ is made with mango, raspberry and blueberry, a top-fermented beer that originated in Goslar, Germany with 50% of the grain bill being malted wheat. LOVE this photo by  KERB friend Chris Coulson – check out his Instagram too. 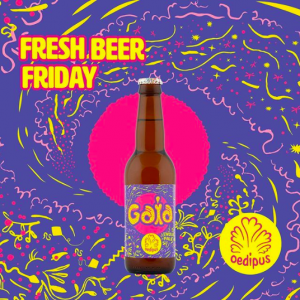 Amsterdam based brewery founded by four friends, “Oedipus is about fun, energy and doing things differently. We create fantastical beers to reveal to the world that beer is a magical beverage: tasty, exciting and for everyone. Welcome to our universe”. Certainly out-of-this-world flavours – above, the Gaia 7% West Coast IPA with fertile aromas of grapefruit, passionfruit, cannabis and pine… “Brace yourself for bitterness, but keep digging for the sweet stuff”. 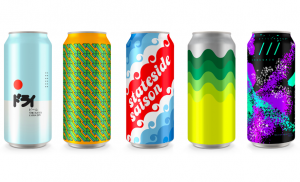 Started in 2010 as the brainchild of Baltimore native Brian Strumke, whose past life as an internationally renowned electronica DJ and producer strangely led him down a path to crafting some of the world’s most unique and highest rated beers, transferring creative energy into designing nouveau translations of existing beer styles in the backyard of his Baltimore City residence. Full story here. 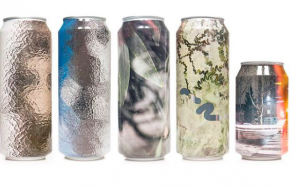 Copenhagen based craft beer, we love there ‘Hazy Beer’ range designed by @kasperledet. “Hazy beers is centered around photographs where the subject is distorted in one way or another. The distortions can be caused by frosted glass, reflections, plants or objects placed near the lens of the camera.” From left to right:  The Haze Craze IPA, Hazy DC, Hazy TC, Garden of Haze and Dangerously Close to New England. 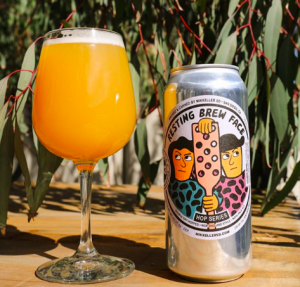 Another Copenhagen-based one – Mikkeller was set up In 2006 by maths and physics teacher, Mikkel Borg Bjergsø, who started experimenting with hops, malt and yeast back home in his kitchen and now exports his micro brewed beer to 40 different countries. We love the beer can pun art from  Mikkeller’s Sandiego based brewery: Resting Brew Face (a whopping 9.1 percenter!), Misty Elliot, Don Graper and Knead To Know. 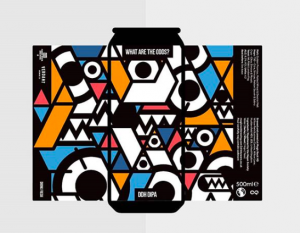 Started in West Yorkshire in 2011 and now shipped to over 25 countries across the globe,  Magic Rock is inspired by local brewing traditions and the vibrant US craft beer scene, and founder Richard Burhouse’s lifelong passion for beer. Above: ‘What Are The Odds?’ hazy DIPA collab with @verdantbrew. We love this article by Brand Manager  Marisa Sanchez-Dunning on encouraging collaborative conversation.

And if for the taps alone… 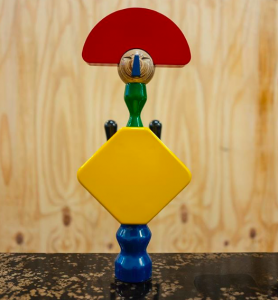 Micro-brewery based in South Bermondsey since 2012 “delighting in the cultural richness of London – we consider ourselves very much in the bosom of a modern Babylon where inspiration and individual flair combine to breed innovation. Hence the name ‘Partizan’ – a strong belief in the preservation of identity and knowledge of the great strength and beauty that lies in the juxtaposed co-existence of differing ideas and ideals”. Designs by illustrator Alec Doherty (check out his Instagram) and taps built by Scales and Models based on his designs 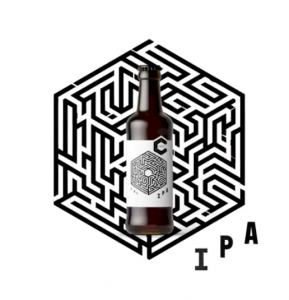 A true London bred one: Craft Brewery & Pizzeria situated canal side in Hackney Wick (where we used to have our KERB Clubhouse back in 2013!) Their new branding was designed by KERB Alumni Guy Jackson from Poke (above) and this one’s  “complex and bold, with lots of juicy hops. One to sip, sup and savour”.

If this made you thirsty, see you at Beavertown Extravaganza 2018 where you can drink from 60 of the world’s best breweries and 16  KERBanists – full street food line up here.