Everybody’s doing it: last week, inKERBator graduate Greedy Khao decided to go FULL vegan and we asked Lee to write a blog piece to tell us WHY.

Covering the business implications involved for a street food business, and the personal reasons behind going vegan from someone who loved his meat. 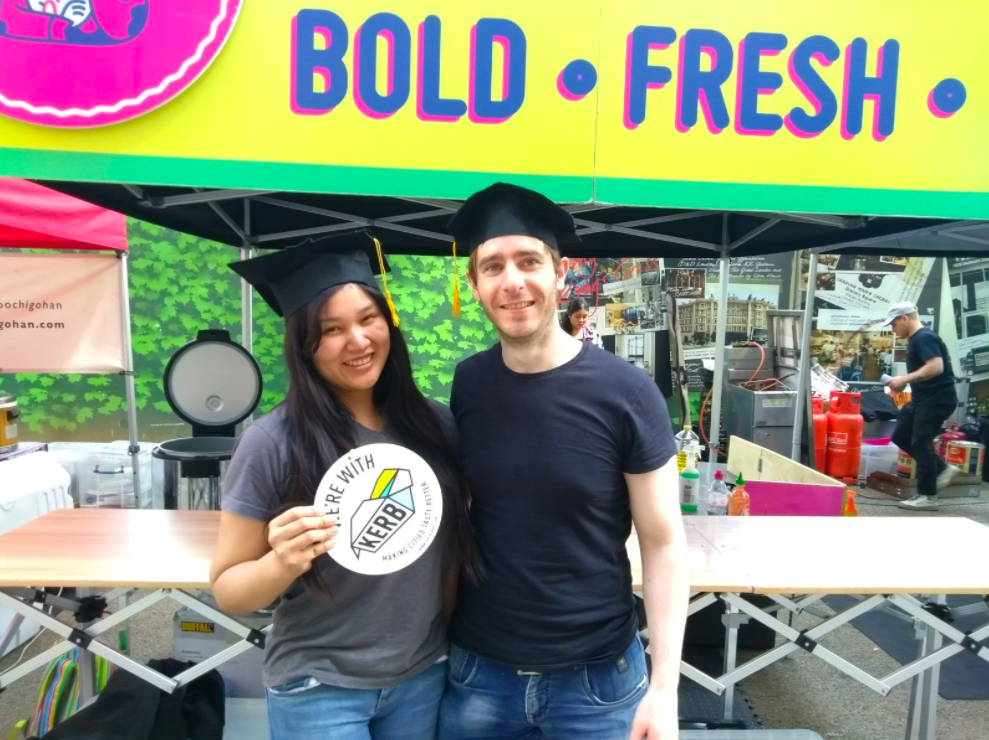 “Once associated with hopeless hippies, sad salads, and crusty cardigans, veganism has had a huge facelift in recent years. If you plot a graph in Google Trends that displays search interest in the word ‘vegan’ since 2004, it yields an almost-exponential growth curve that shows no sign of abating.

In other words, this is not some kind of fad diet – it’s a grassroots social movement, and it’s not going away. I should probably take this opportunity to introduce myself. I’m Lee! I cofounded Greedy Khao with my partner Faai – a super-talented Thai chef who makes some of the very best Thai food that I’ve ever had the pleasure of tasting. I also recently converted to the vegan lifestyle – with Greedy Khao following shortly after. So I wanted to take a moment or two to share my story.

In late 2016, I convinced Faai to start Greedy Khao with me, because I was completely in love with her cooking and wanted all of London to have the chance to try it. The business didn’t really start moving until we joined KERB in March 2017. As I expected, Faai’s food quickly began accumulating fans, and, as summer approached Greedy Khao began to scale up production. As a result, we had to start sourcing our meat products at greater volumes, which lead us to visiting Smithfield Market in the wee hours of the morning.

It was there that I first came face-to- face with the grisly realities of the meat industry. Something about standing among dozens of swinging, bloody pig corpses, talking money with dead-eyed butchers at 4am changed me… and started me down a path of reading articles and watching documentaries that was to profoundly alter my perception.

Of course, I’d always been aware – factory farming is cruel, animal agriculture harms the environment, a diet high in processed meats can cause all kinds of health issues. But these had always been somewhat abstract notions that I didn’t think too deeply about, possibly because I loved eating all kinds of animal products, and didn’t WANT to know too much.

My first response was to adopt a ‘semi-vegetarian’ approach. For a couple of months, I ate vegetarian during the week, and allowed myself to eat whatever at weekends. But a further two epiphanies occurred during and after KERB’s ‘Livin’ on the Veg’ event in August.

The first was that I was absolutely blown away with the quality, variety and downright decadently delicious vegan food on offer at the event. The second was that I watched the harrowing  documentary ‘Earthlings’, which demonstrates just how broken our relationship with other animals has become. From then on, I decided that I could no longer contribute to the animal agriculture industry.

Now, Greedy Khao has always had vegan options. Faai’s grandfather has been vegan for 35 years, even founding vegetarian societies in her native Bangkok. So this has always been part of her culinary repertoire.

For the couple of months following my adoption of veganism, our goal with Greedy Khao was simply to increase the number of vegan options we offer – we reasoned that by offering a ‘flexitarian’ menu, we would reach more people, and help a greater number of people to make the decision to eat less meat.

But there was always going to be something of an ethical dilemma with that approach. By continuing to offer meat, we were continuing to fund the very industry that I was taking a stand against with my dietary choices. But there was a financial dilemma pushing in the opposite direction – up to that point, the majority of our business has come from selling meat-based Thai classics. Losing the regular customers that we spent months building up could potentially be business suicide – and several of our customers told us just that.

Meanwhile, with all this going on, Faai was quietly experimenting more and more with veganising a whole bunch of traditional Thai dishes. She was enjoying getting super-creative with switching out animal products and the results were blowing me away every single time.

We make the decision to pivot Greedy Khao into a full, committed, no-tuning- back vegan business. Immediately it was like a weight had lifted – we had clarity, a sense of purpose, and a renewed passion. Our food was getting rave reviews from everyone who tested it, and our brand suddenly had a compelling identity as the only all- vegan, Thai specialist brand in London.

To celebrate the launch of the all-new, all-vegan Greedy Khao menu, we will be running a promotion at KERB London Bridge market this Wednesday – all items just £5. I’m excited to be able to share these creative, modern Thai classics and confident that you’ll love them just as much as I do. 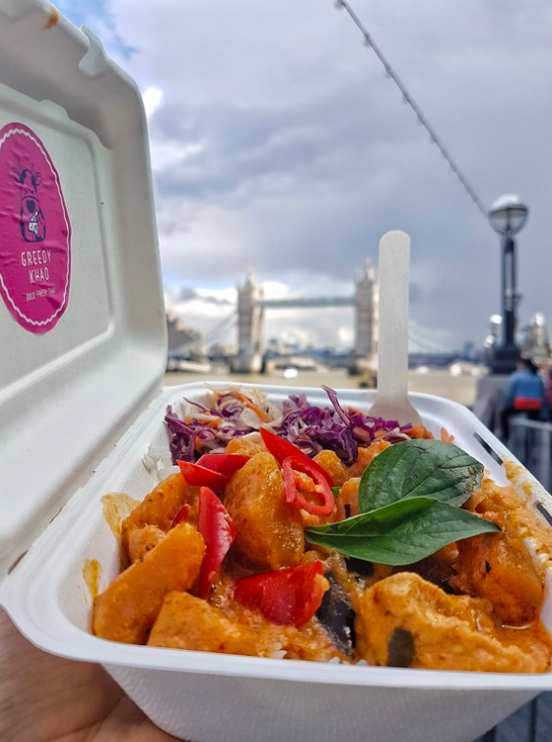