Last March we hosted the world’s first Michelin star street food trader at KERB King’s Cross. He flew in from Singapore to serve up his signature “soya sauce chicken rice” for three days in collaboration with Singapore Airlines and Londoners queued for over 4 hours to try it. Great news – he’s returning this March to do it all again, this time with his  ‘char siew pork and rice’ dish. 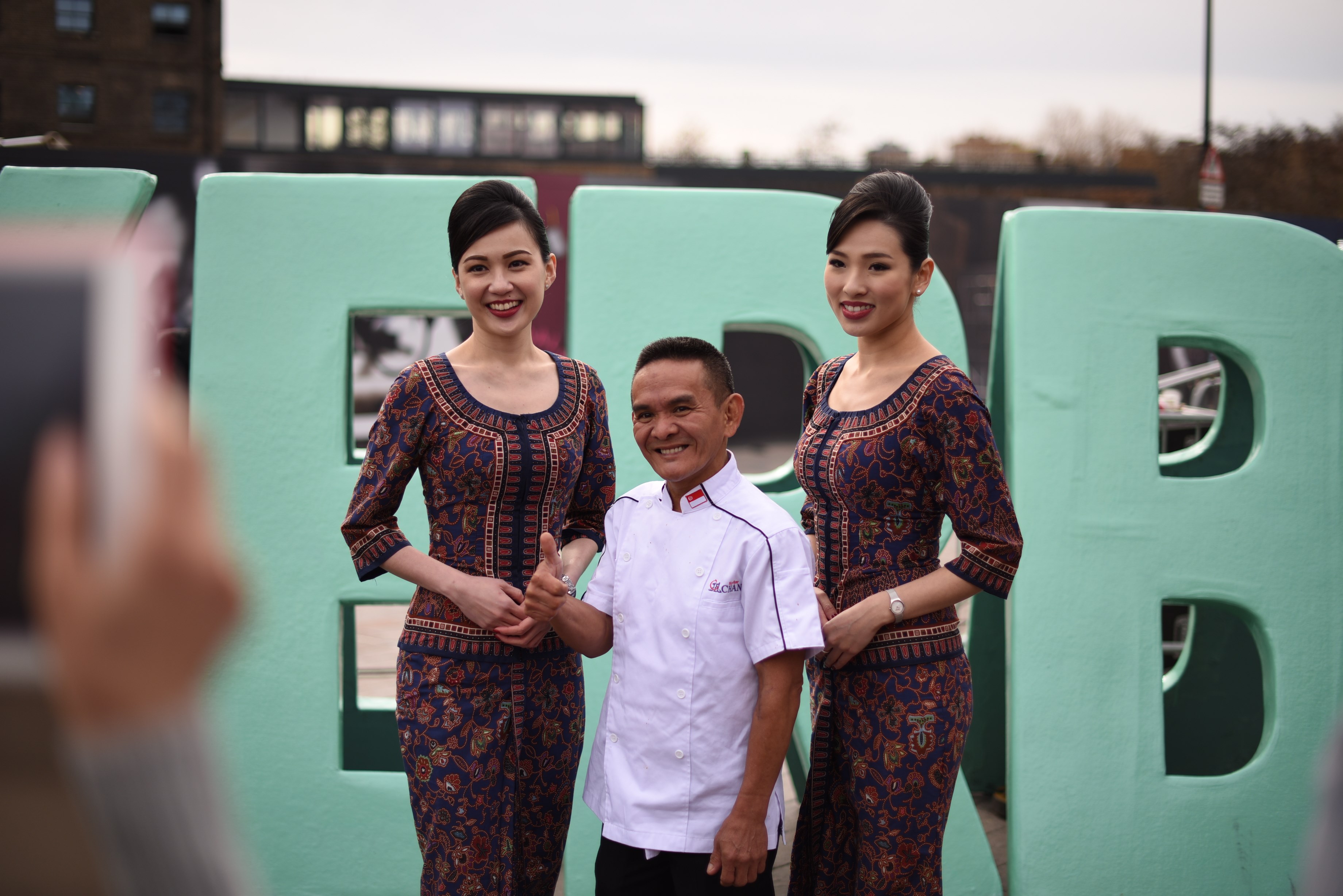 AND THIS TIME, HE’S BRINGING A FRIEND. It’s the new generation, A Noodle Story, flying over to serve their  Bib Gourmand awarded Singapore-style ramen for the first time in the UK. 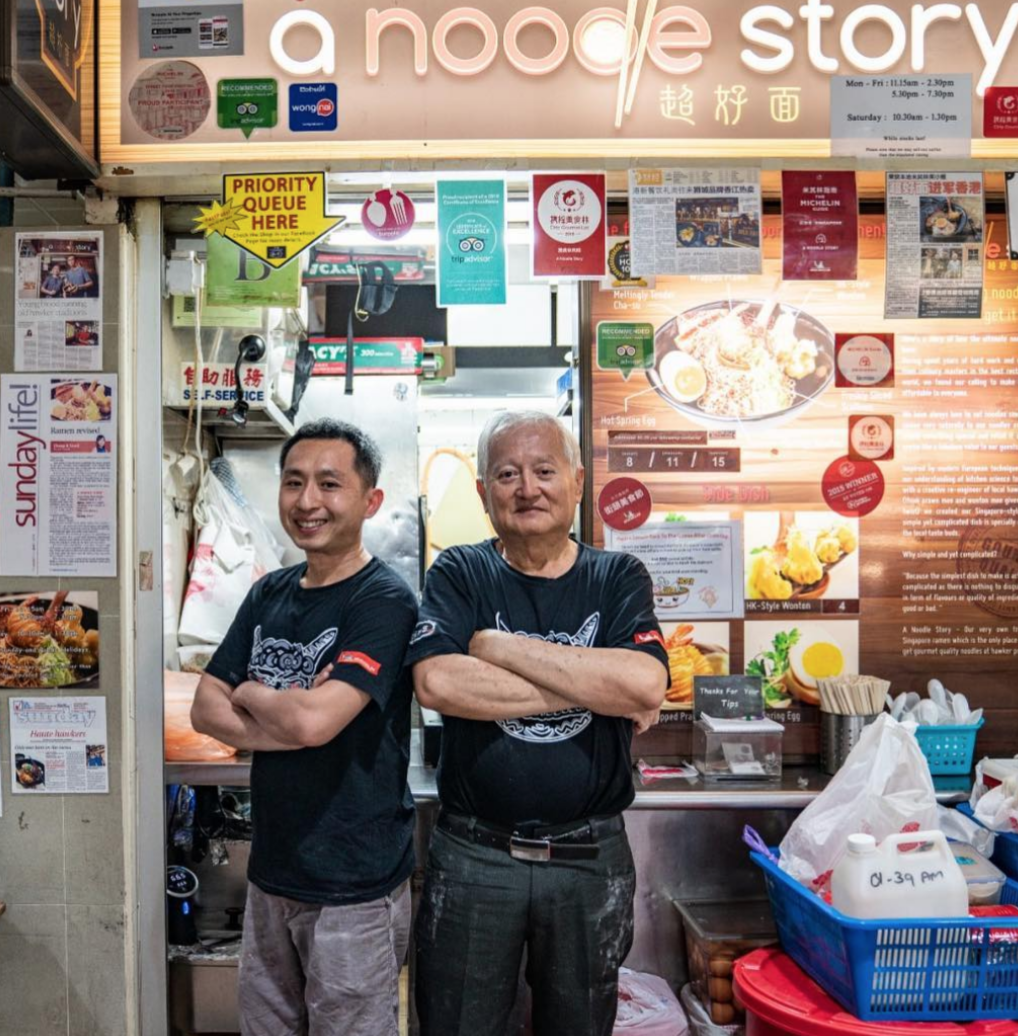 A Noodle Story was set up by ‘hawkerpreneur’ co-founders, Gwern Khoo and Ben Tham, back in 2013. Gwen was inspired to take up the hawker trade because of his father, a semi-retired hawker-mentor who has been in the industry for over 30 years, and the stall has since worked its way to being awarded the Michelin Bib Gourmand in both 2016 and 2017.

Need tempting? Here’s their dish (#noodlepull’s at the ready!):

That’s not all that’s new. Chan will be serving a new dish, char siew pork and rice (year of the pig??). More about him: based in Singapore, the land of the original street food hawkers, Hawker Chan became the first street food trader in 2016 to achieve a Michelin star. Growing up on a farm and helping his parents with the cooking he left school at 15 to follow his dream of becoming a chef:

“I was overwhelmed with the response to my first pop-up in London and am delighted to be returning to the UK with a new dish this year. Street food will always be a staple of Singaporean culture and innovative hawkers like A Noodle Story are important for inspiring future generations and dishes to come!” – Hawker Chan.

WHAT YOU NEED TO KNOW:

Hawker Chan and A Noodle Story will prepare 300 portions a day over three days. Both will trade until either the market closes or their dish is sold out. It’s £6 per dish, first come first served, so get down there early to avoid disappointment.

“KERB is all about developing up-and-coming talent, working with upwards of 30 new businesses every year, and we’re really happy to be able to showcase both Singapore traders as inspiration for all our guys doing great things in London” IAN DODDS, KERB 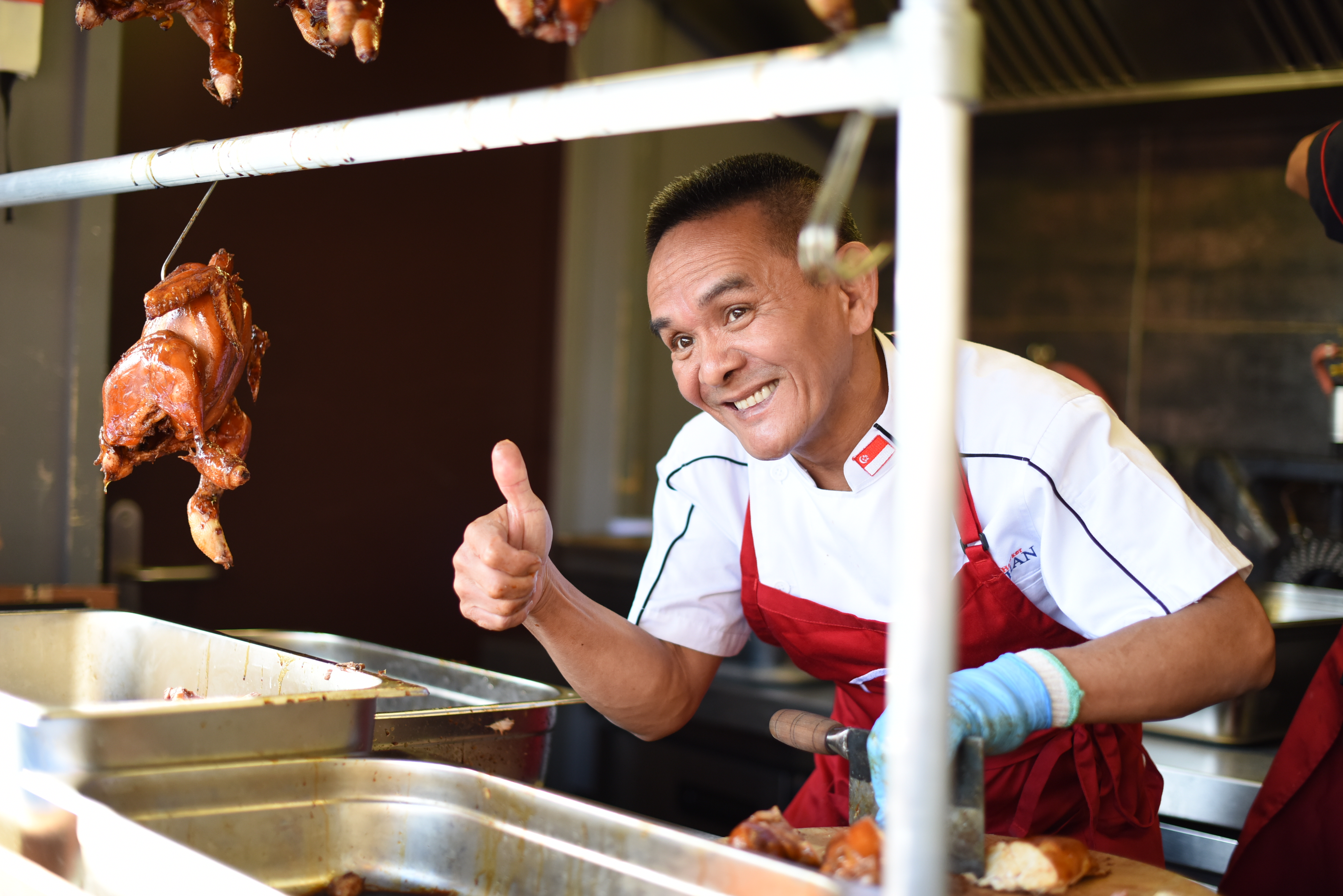 Singapore Airlines, Singapore Tourism Board and Changi Airport Group are running a competition too. Post a snap or video on the day with the hashtags #KERBSingapore and #SingaporeAir and you could win a three-night Singapore Stopover holiday including accommodation and flights.