Early this month, our second batch of inKERBators hit the kerb. (While the first lot graduated out into our lunch markets). 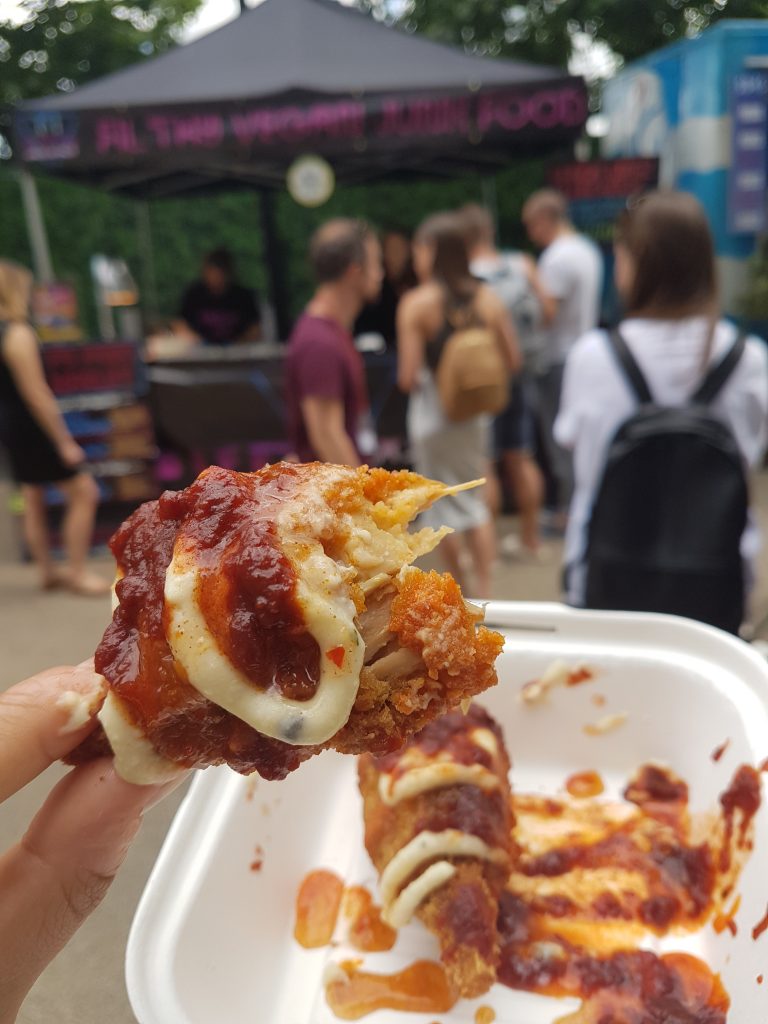 Biff launched his ‘#filthyAF‘ vegan junk food idea after coming to our #KERBWorkshop back in Feb. He was a big meat eater up till Jan 2017, but  now serves deep fried jackfruit wings + burgers with his girlfriend every Thursday down at KERB KX. Look out for ‘Samuel Hell Jackson’ and ‘Father Jack’ stickered tubs.

Trivia: Biff worked in MacDonalds during his student days, which probably explains his obsession with burgers. 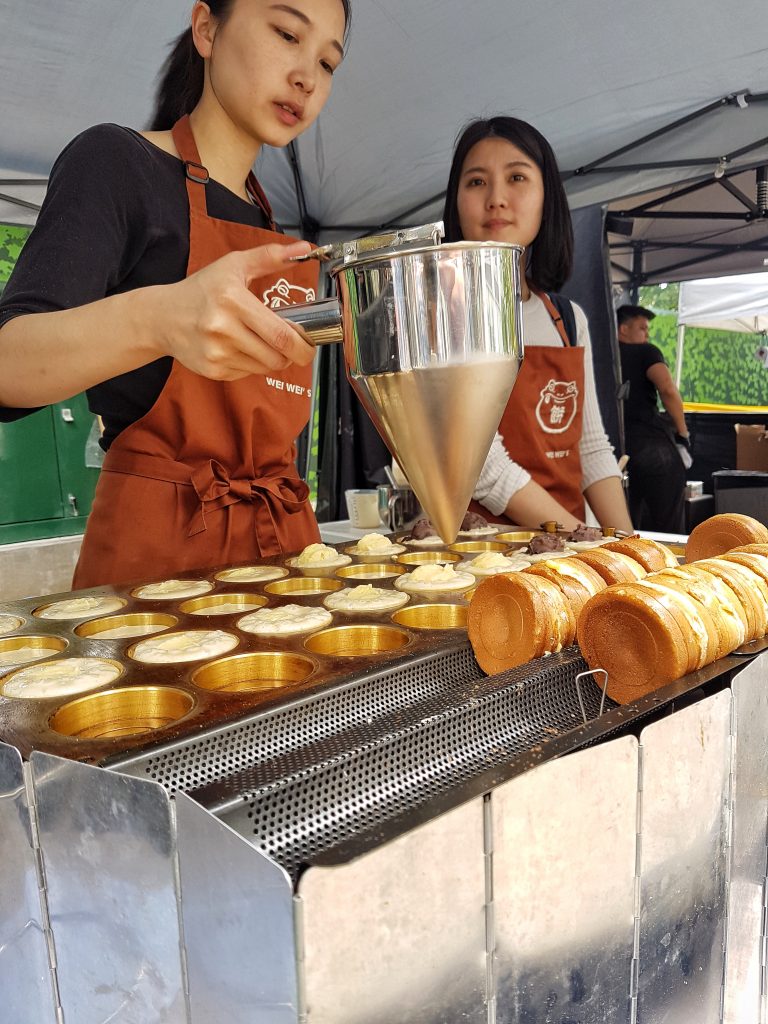 CJ and JC decided to set up a street food business because CJ’s boyfriend, ‘Wei Wei’ (and JC’s brother) missed his Taiwanese wheel cakes from back home! Hence the name. They trade in Oxford and Brick Lane at the weekends and every Wednesday lunchtimes on the kerb.

Trivia: Wei Wei has an Oxford PHD in Chemistry. Can you tell. 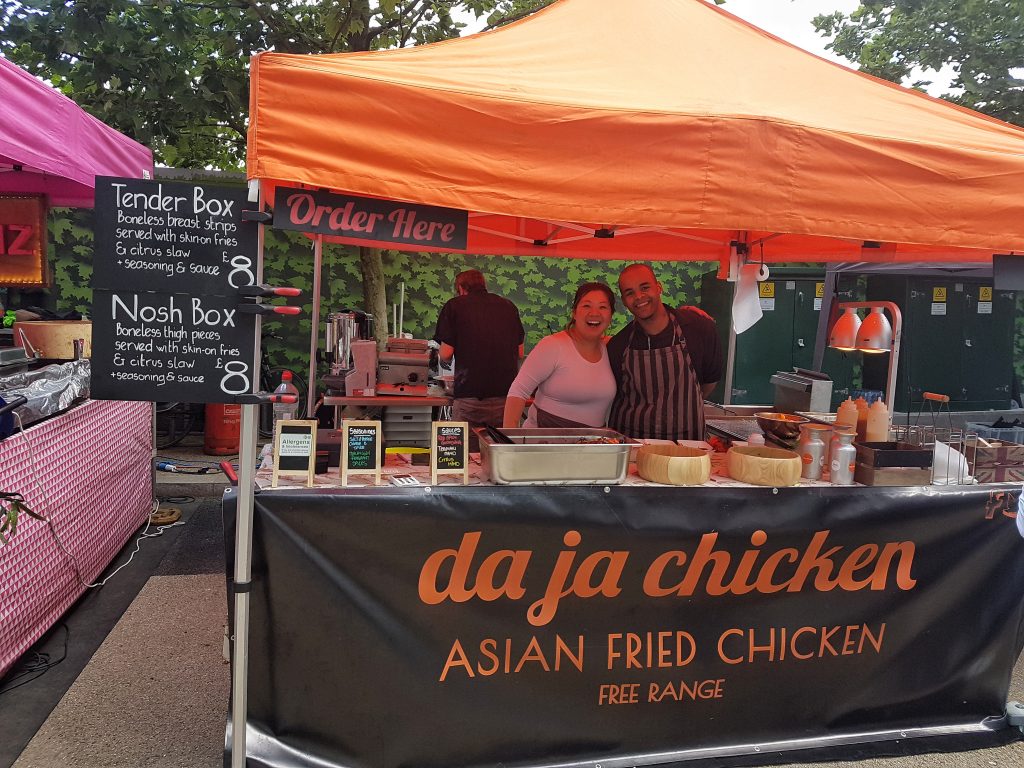 We invited Lani to come and trade with us at our Bucket List fried chicken festival back in April and couldn’t say bye to her crunchy gluten free encrusted noshes after.

Trivia: Originally from Sydney, Lani used to be a footwear designer when she first moved to the UK 5 years ago. After deciding her heart wasn’t in it, she went to travel Asia for 2 months, which inspired her to set up a fried chicken dream on return. 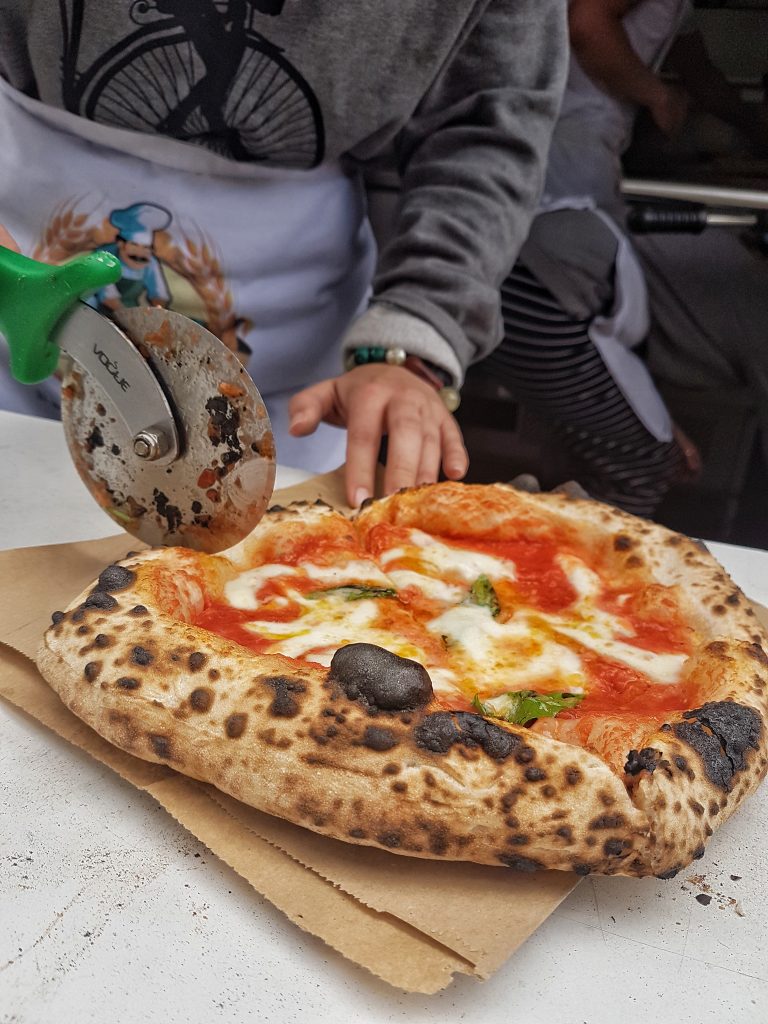 Local pub friends Gav and Mike set up Wandercrust a few years back. In Dec 2015 Gav happened across a pizza van (that used to be a horse box) while searching online for a camper van. Curiosity got the better of him so he sent a link to Mike and it went from there.

Trivia: Michael and Gavin’s other halves have an alternative Twitter account called Pizza Widows; “as they often feel like they’ve lost us to the wood-fired world of pizza trucks” 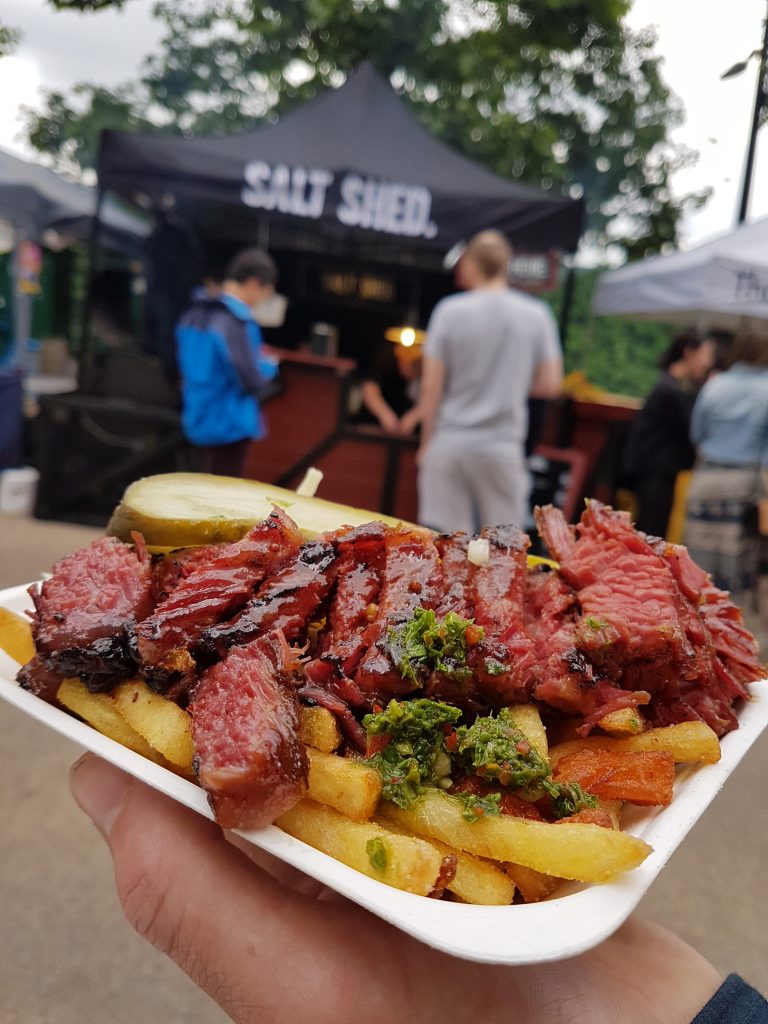 Lawrence and Francis bonded at uni because they both missed the salt beef Brick Lane bagels from back home.

Trivia: Fresh out of uni, Lawrence and Francis only set up Salt Shed 8 weeks ago! 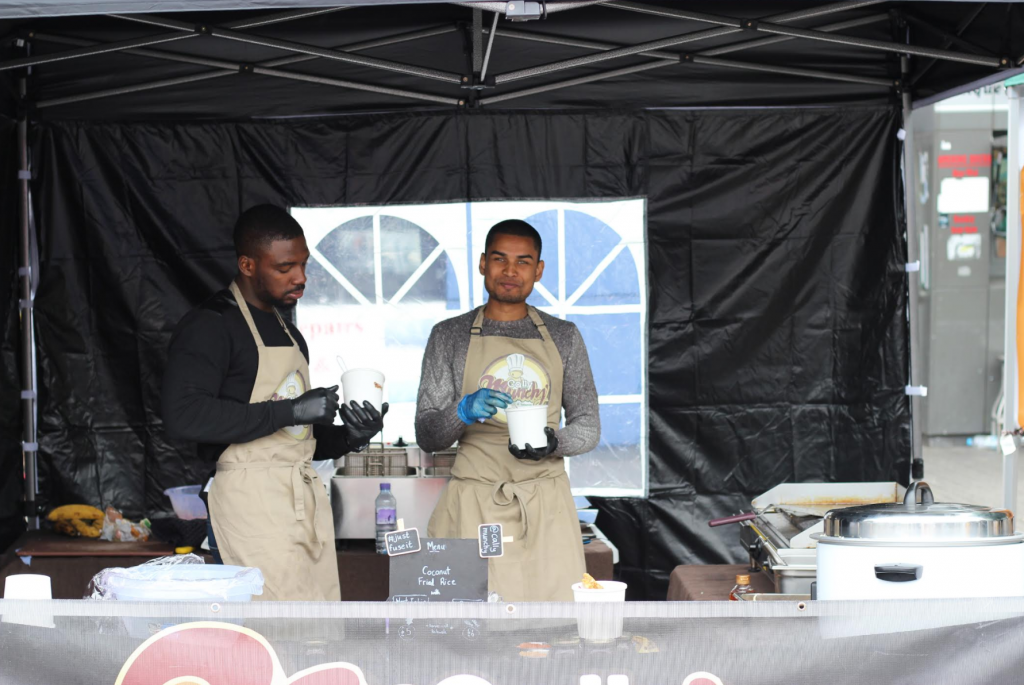 Afro fusion street food. Taking its influences from different cultures in Africa and fusing it with other cultures around the world in a creative way

Signature dish: Coconut Safari with Bangoli Chicken served with Hawaiian sweetcorn and Shi-Tuan chilli sauce on the side

Trivia: Ebenezer & Alamo still like to eat food with their hands because it feels more authentic and true to the culture. plus it taste better. 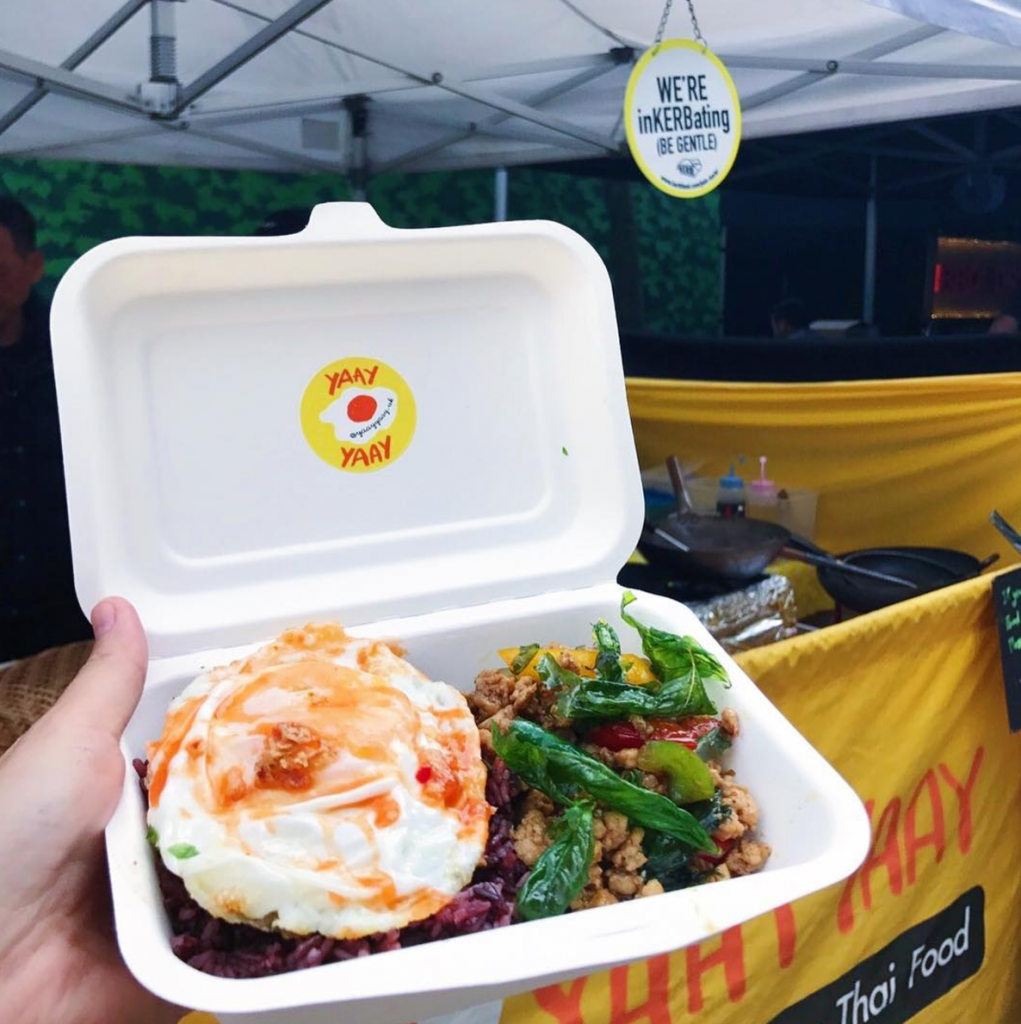 A proper family run Thai food business run by two sisters, Paula & Wa, and the in-law, Gotti. ‘Yaay Yaay’ means Grandma in Thai, and their recipes are all Grandma inspired with a modern twist. 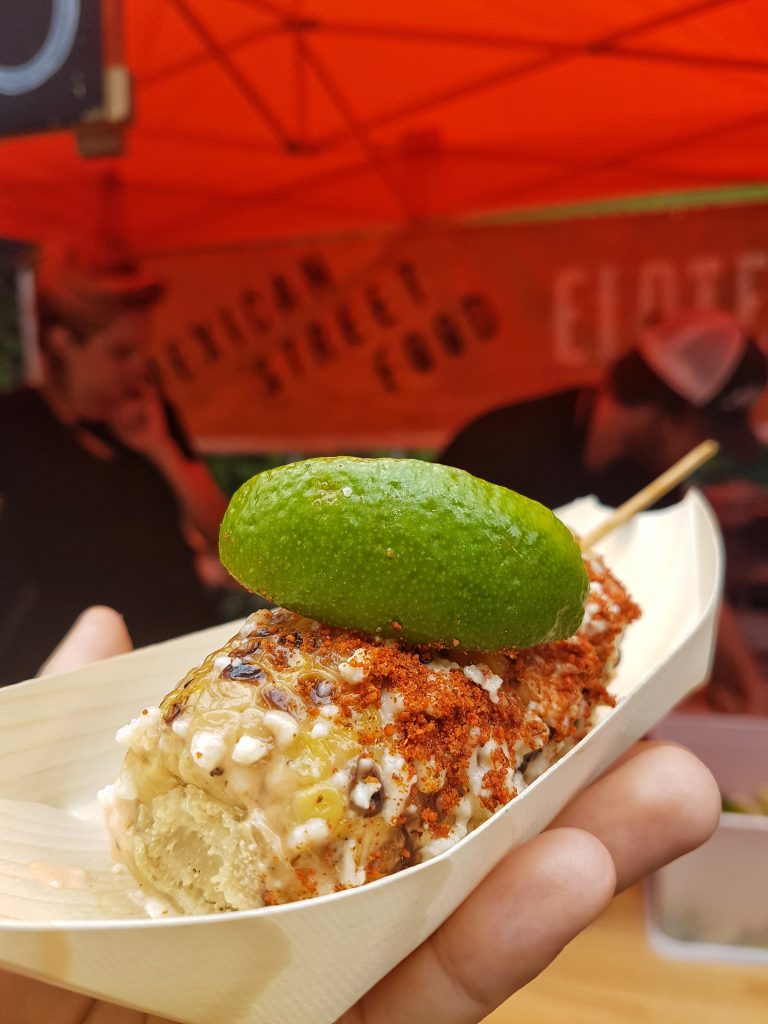 After being a running joke with his friends that he was obsessed with street corn… Alex finally took the plunge and set up Elote this year.

Trivia: Alex was the head chef at Caravan KX up until the end of last year