This year we launched our ‘InKERBator programme‘: every 3 months, we scout out brand new street food talent, invite them on board to trade with us at ‘inKERBator Tuesdays’ down at KERB on the Quay, mentor, then graduate them out across ALL our 6 markets (and events). Since March, we’ve graduated TWO batches, and as of Tuesday 5 September our next lot hit the kerb. Line up revealed below… 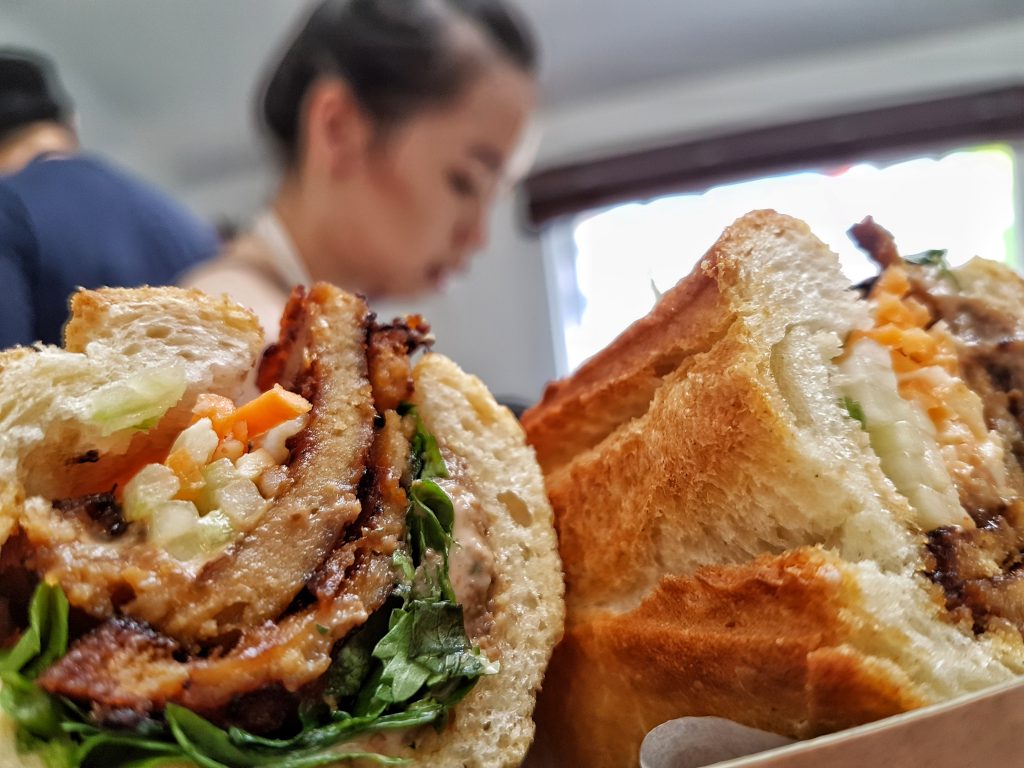 You might recognise these guys from our Livin On The Veg street food battle in August. Liz and Joe are NON VEGANS, whipping up VEGAN Vietnamese fusion on the streets. (They also have a Bruce Wayne The Boss famous instagram-cat… take a look here).

Trivia: Both Liz and Joe’s parents had worked in street food back in Vietnam and Hong Kong in their youth. They then did everything they could to give their kids a better future and get them off the streets. But look where the kids are now – cooking up their hometowns’ dishes on the STREETS of London, and loving every second of it! 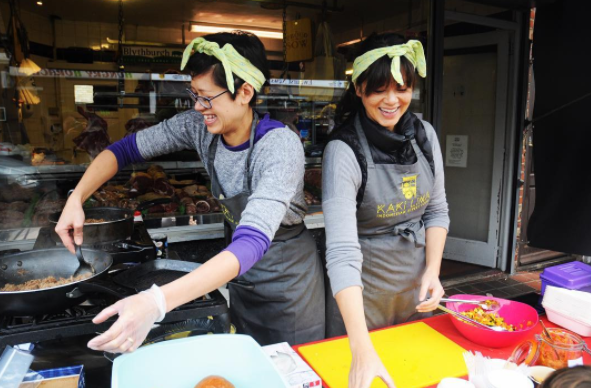 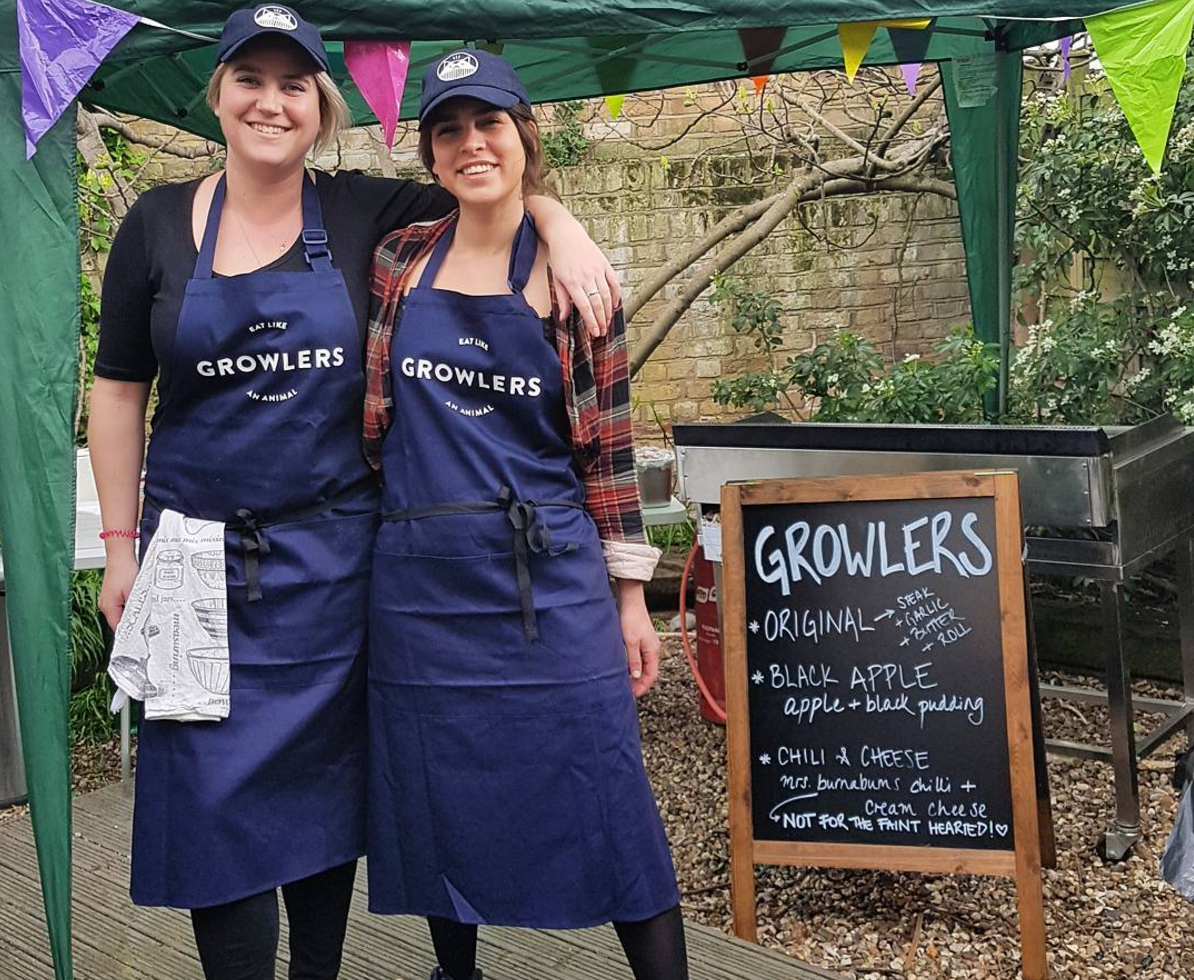 Charlie and Lara  met bonding over their love of Portuguese ‘pregos’ – so much more than just a meat sandwich. When they came in for an office tasting we couldn’t shake the deliciousness of that fermented chilli ginger butter for quite a while after.

Trivia: Go on, it’s what you’re all wanting to know – why call it growlers? Because street food is ALL about eating like an animal. Charlie and Lara both grew up on farms and know it’s not about being pretty when you eat. (BOB Lobster’s founder also gave them the heads up that that would make a GREAT, ming-sticking name). 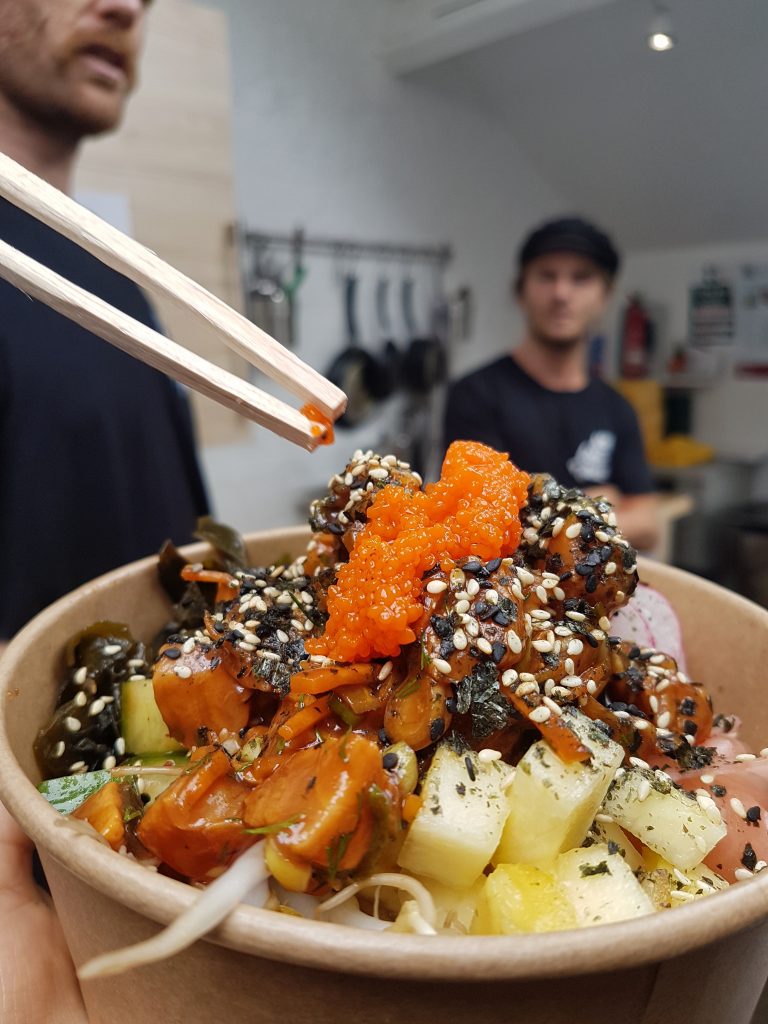 Trivia: This is ‘Californian’ inspired Hawaiian poke, which Tom fell in love with on his travels 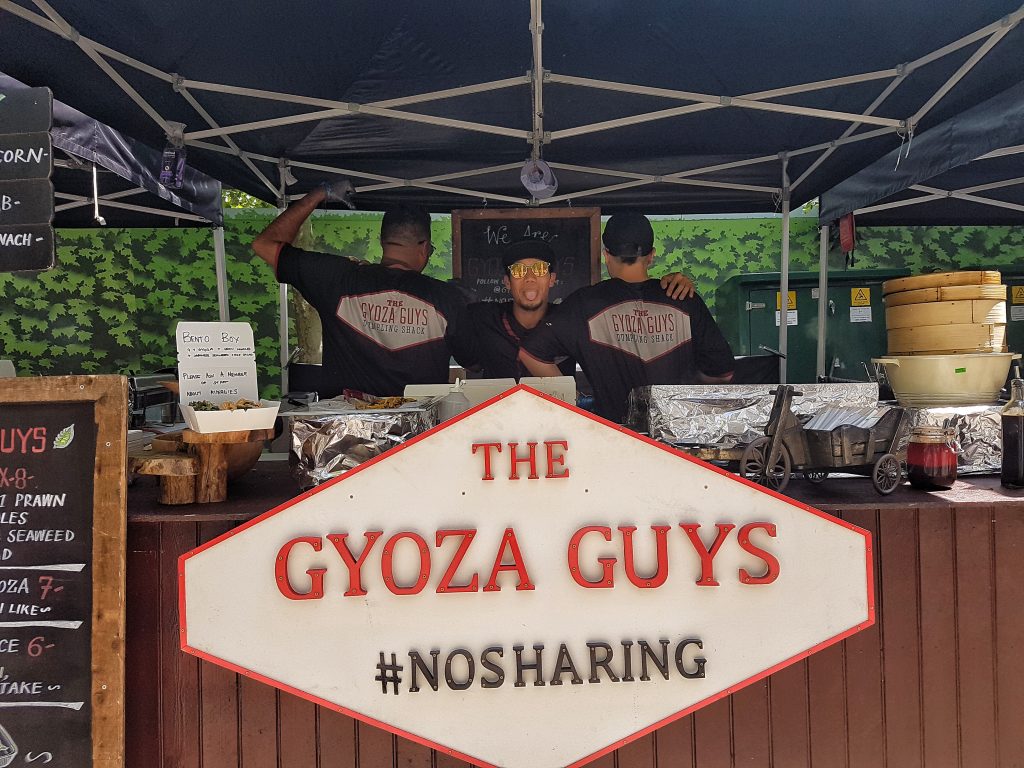 Two childhood friends obsessed with dumplings, Kien and Amir decided it was time to do their own thing. 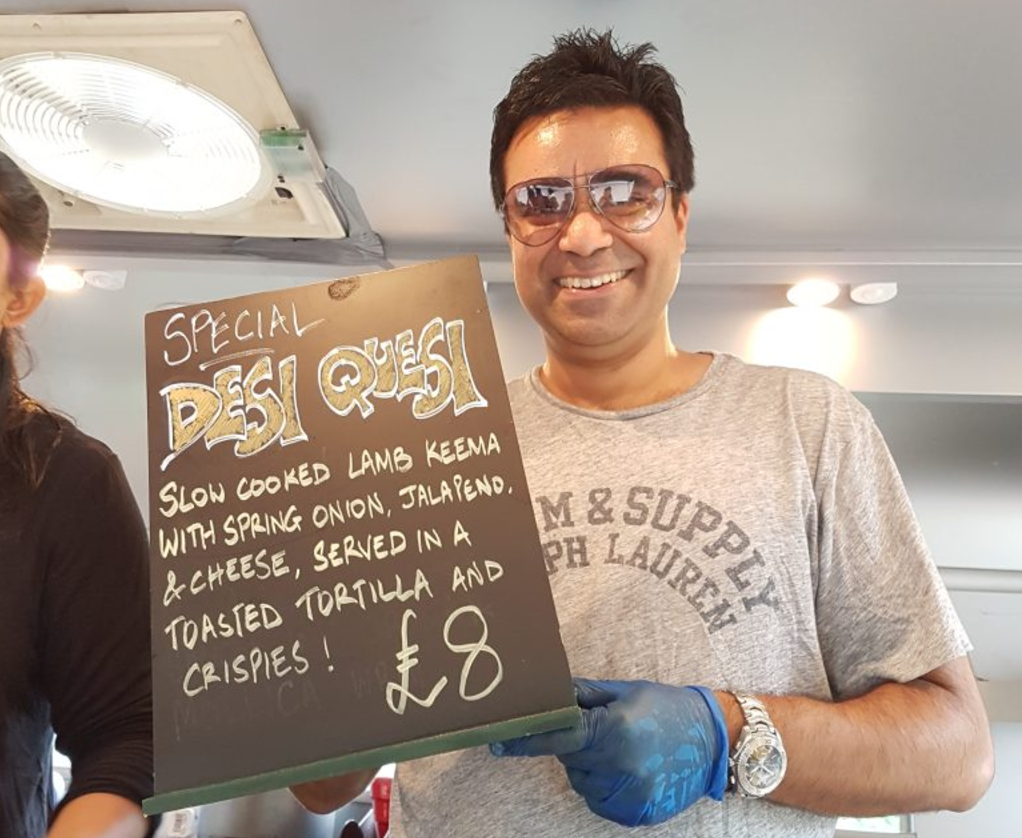 Breakout talent that we discovered at this year’s KERB does Alchemy! Sid and his wife Suj dish up delicate but powerful Indian fusions that you won’t find any where else on the streets.

Trivia: Sid left his career in banking to start their dream venture with his wife Suj. Using their experiences from years of travelling coupled with their love of Indian and world street cuisine, inspired them into producing Indian fusion street dishes that they serve from their beloved vintage 1972 Commer Food Truck – Peggy 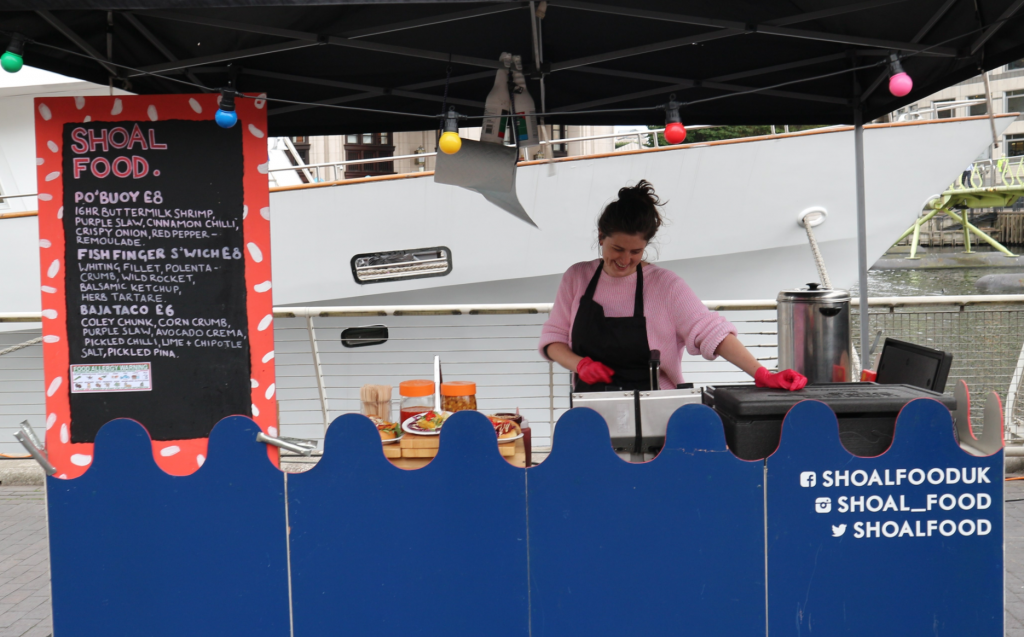 Shoal is pretty much a one woman affair. (GIRL POWER). Everything is made in house to secret recipes and all the seafood comes from responsible suppliers sustainably. Before “all this cooking malarkey” Ashley used to blow glass in Australia and got a 1st in architectural glass.

Trivia: Along side Shoal Food Ashley has another food venture called ‘Gathered‘. It’s a community project with a focus on wild edible produce (Instagram coming soon)… 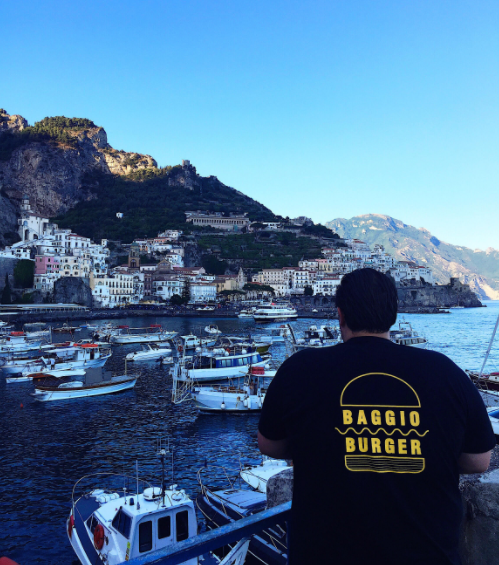 Nino’s love for food comes from his visits to see his family in Napoli and Amalfi as a child (and eat all the home-cooked treats from his Nonno’s land).

Trivia: Nino would love to open a branch of Baggio Burger in Amalfi, Italy. “It’s a place I dream of living in the future.”

Meet the fleet who just graduated before this lot HERE. And look out for then trading across ALL our kerbs.