Here are nine people / projects in London we’re going to be watching with interest in 2019: a Londoner documenting West African food in Britain; a pastry chef leading ‘Counter Talks’ for females in the food industry; an ethical butcher firing up the #craftbeef evolution and five more. 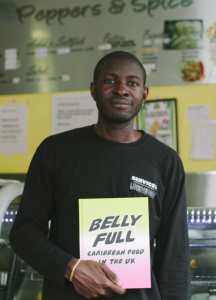 We’re a big fan of what Riaz Phillips is doing. We loved his first book – Belly Full: Caribbean food in the UK. and now he’s writing another. -This time we’ll see the intrepid writer and photographer get under the skin of  West African food in the UK. Hopefully Cally Munchy’ll get a mention ; ) Get behind it here! 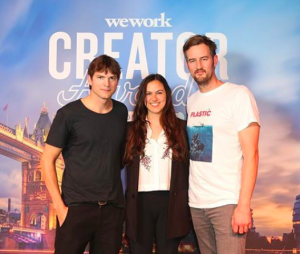 Friend of KERB and sustainable pulp baker, Chloë Stewart has gone from strength to strength with NIBS etc in 2018. From starting a food blog pushing the #thinkbeforeyoutoss hashtag, to trading at Maltby Street, she spoke at the KERB Workshop in Feb and went on to win £50k investment from Ashton Kutcher’s WeWork Creator Awards in September. Watch out for Chloe coming through! 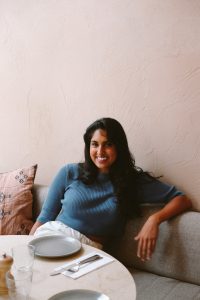 Ravneet Gill is a bona fide badass and her drive to cut through the crap and not take the accepted norms of the food world lying down appeals to us no end. After working in restaurants – Black Axe Mangal, St John, Herne Hill’s Llewelyn’s  – as a pastry chef ne plus ultra, she started noticing some fundamental omissions from the scene: Why do we only tend to see a certain type of chef and a certain type of restaurant represented in the media? Or the off-the-path restaurants without the PR budgets? And where are all the freaking women? And so she set up Countertalk, a chef’s network that promotes work from behind the scenes of restaurants through talks and events, building “a more equal and supportive environment to foster new talent”. She’s talking our language and great things are happening in these gatherings. Follow her and Countertalk on Instagram to be looped in. 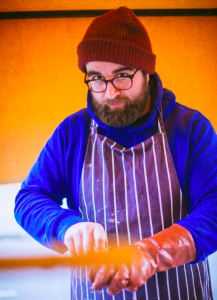 The man behind the best Louisiana-style food in London and one of the best dishes we’ve eaten on the kerb, (those chargrilled oysters?) Tom remains one of our all-time favourites. It’s the way he tackles a cuisine – gets fully under the skin of it, learns its nuances and serves it back, often better than you’ve ever had it. A rare talent and whose cooking made the kerb just that little bit tastier when he was on it.

Since quitting the streets in 2016 he’s been doing pop-ups,  consulting and he’s got plans to open a fixed site of his own in the New Year. Follow Decatur to find out. And read an interview with him here. 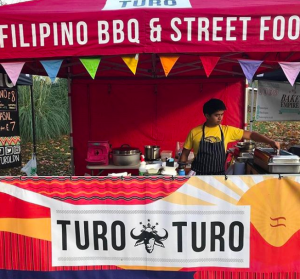 New street food kid on the block! And we’re VERY excited about this one. 26 year old chef, Rex de Guzman left the kitchens this year to pursue his dream of bringing Filipino food (and his mum’s home cooking) to the streets and get more Londoners eating Tocino and Inasal!

Rex developed his passion to become a chef during his three years of studying catering in college. “I got involved with food in my secondary years selling cold cream desserts at school because the other kids were selling chocolate bars so I wanted to be different”.

He co-founded and became the Chef Patron of  Luzon at just 22 years old (now discontinued). After, Rex crowd-funded to travel the Philippines for 3 months and learn everything he could about the food (and get back to his roots)- the Philippines has over 7000 different islands, each with their own language and styles of cooking, SO much to uncover. Since then, he’s been doing pop-ups at Davy’s – putting a contemporary twist on humble Filipino dishes. And this year he left the kitchen to join the streets. He’s cooking up quite a following and made a Youtube channel documenting his journey.

He’s going to be the leading Filipino cook in London, we’re telling you. (And, Filipino food’s going to be BIG next year). Catch @turoturoldn at Telegraph Hill Market, and look out for Rex soon on the kerbs ? 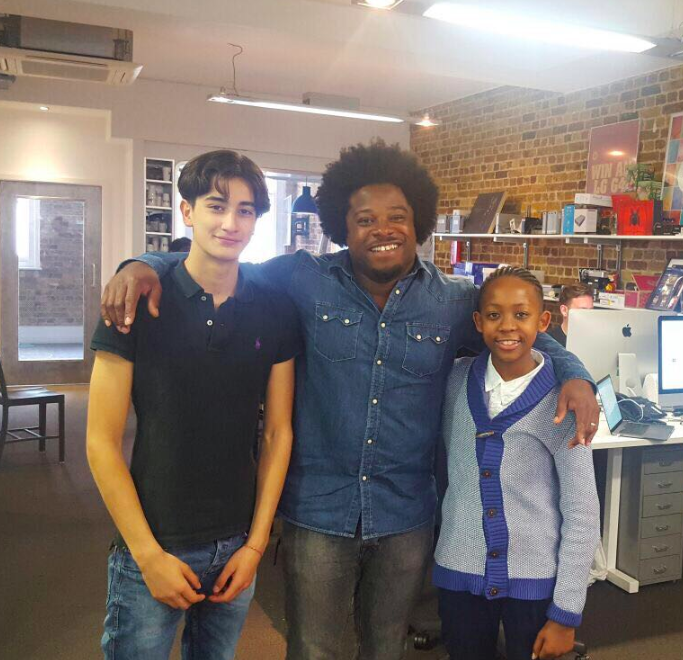 TLG designs programmes to support disadvantaged youth/those at risk of offending. We’ve been working with founder, Andrez Harriot, for the past two years now and have brought in over 20 youth to work with our traders as a key part of the TLG programme. Last week, KERBanist, Wandercrust put on a mini pizza festival outside Cookham Wood prison for the staff – it was glorious. Andrez has big plans for next year, including opening his own street food market with all his food-loving ex young-offenders.

Hear from Andrez and one of the men we’ve worked with on KERB Life podcast, Episode 3: The Social Bottom Line. 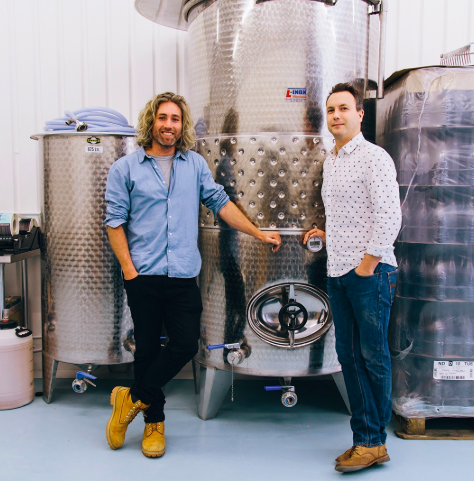 Bringing wine-making INTO the city, here are the UK’s first London-based wine-makers who are gaining pace this year. We met founder, Warwick Smith, back at KERB Gherkin earlier this year – introduced him to KERB Bar team and now we’re planning things for 2019.

“Renegade have the innovative attitude of craft beer and are applying it to grapes. Look out for their Bethnal Bubbles (sour hopped wine), and the qvevri aged Bacchus using Hereford grapes” – our Tommy Harpin.

They’ve got a BEAUTIFUL ‘winery tap room’ under one of the Bethnal Green arches. Head down there over Christmas to see for yourselves. 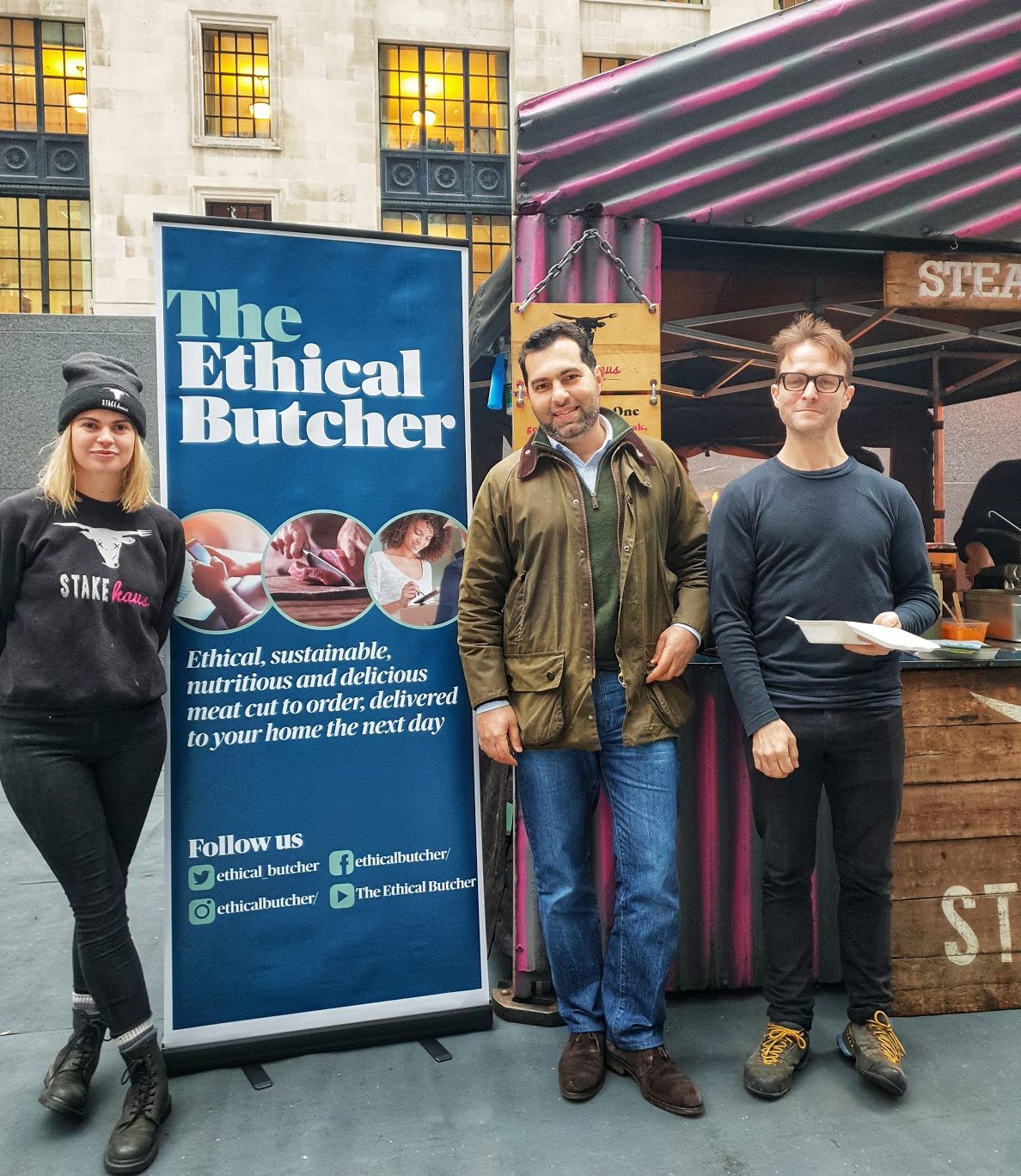 From craft wine to #craftBEEF, meet Glen and Farshad from The Ethical Butcher. They came to our attention last month when Lily from Stakehaus collaborated with them at KERB Gherkin to serve sustainably reared meat from ’holistic farming’ to Londoners. They’re crowdfunding for at the moment to get behind it! (We’re organising a trip for our traders there next year – let us know if you want to jump on the bus with us). 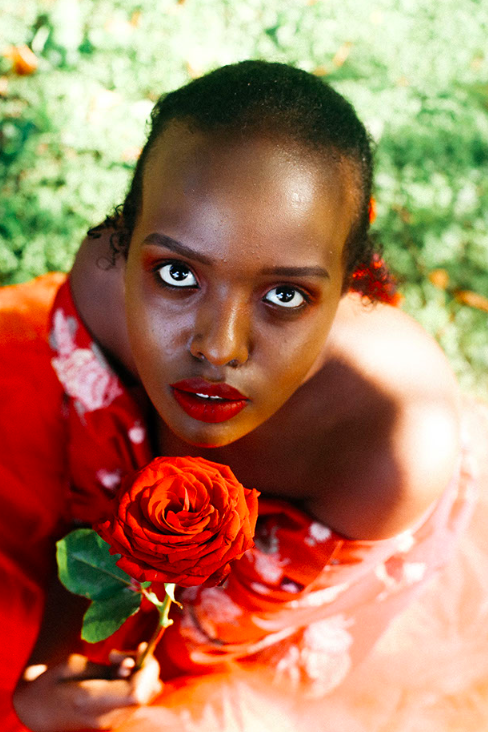 “I’m Shingi, and I photograph beautiful souls in beautiful clothes”.

Going by the name ‘bluespit aka the soul capturer’ on Insta, London fashion photographer, Shingi Rice, takes photos that challenge society’s perception of what beauty is. “If we can’t tell a story with our images, then what’s the point?”

Born in  East London, raised in Southern England and Southern Spain, by a Zimbabwean Mother and Irish/English father, ” I was constantly surrounded by everything non-identifiable to my own culture, being and and what I represent” – this is why her main subjects are what she finds underrepresented in the media: the beauty of colour, especially dark skin, disabilities, be it through portrait or fashion.

We loved her Vans x Huck campaign – ‘London’s Many Faces: Capturing Beauty on the Streets of Hackney’ – shot at Ridley Road Market [YES,  Sadiq!], and this project; that mix of grit / glamour captured outside  on the kerbs – out-front by the dustbins, by the walls of a council estate, in a local convenience store, on the overground , at a skatepark- is what we love (the fact that Singhi’s surname is a food and she’s also a plant-based chef has nothing to do with it!)  Full blog on Shingi.